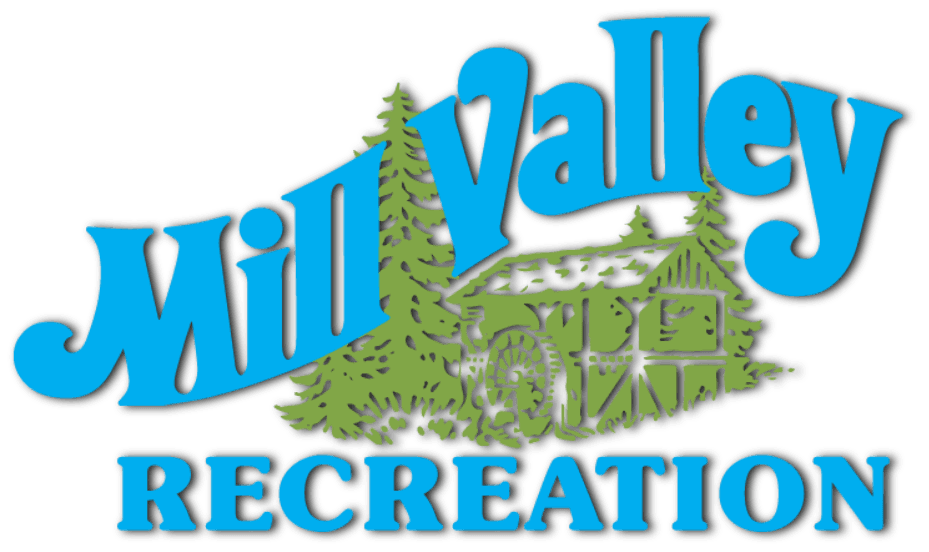 Concerts in the Plaza

The Mill Valley Arts Commission's Concerts in the Plaza is back again for 2022 on Saturday, September 10th and Sunday, September 11th from 11am to 7pm each day. Music lovers from around the Bay Area are encouraged to come down to check out some incredible musical talent. Check out this year's lineup! 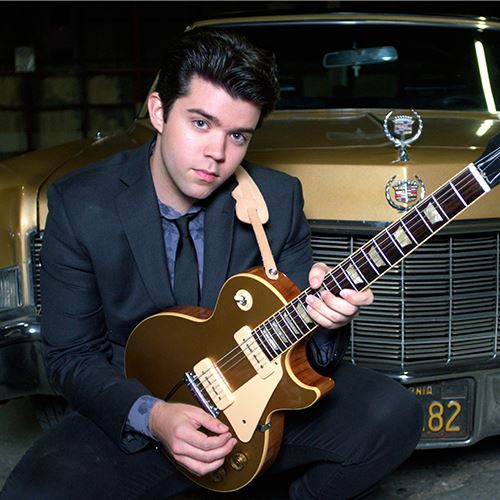 Todd Morgan is an act that performs both original material as well as a large amount of other artist’s songs, with an emphasis on exciting, up tempo, danceable numbers from the first decade and a half of Rock ‘n’ Roll. With multiple albums under his belt, Todd is a vocalist, guitarist, producer and award winning songwriter, and is what many have described as “a natural born showman”, with an exciting stage persona and performance style, that’s engaging but never gets in the way of the music itself. His strongest influences, either as a vocalist, a guitarist, a writer, or performer in general, include Elvis Presley, The Beatles, Chuck Berry, Roy Orbison, James Brown, T-Bone Walker, Cab Calloway, Jerry Lee Lewis, Buddy Holly, Louis Armstrong, Bo Diddley, Carl Perkins, Gene Vincent, Sam Cooke, Chet Atkins, Little Richard, Blind Willie McTell, B.B. King, and many others, too numerous to mention. Accompanying Todd on this particular outing is Matt Dudman, a standup bassist and all-around musician with a strong background in Rockabilly, Bluegrass and other various forms of American music. Whether seated in front of the bandstand, or out on the dance floor, there’s always something in a Todd Morgan show for everyone who digs good music with a beat. https://toddmorganmusic.com/ 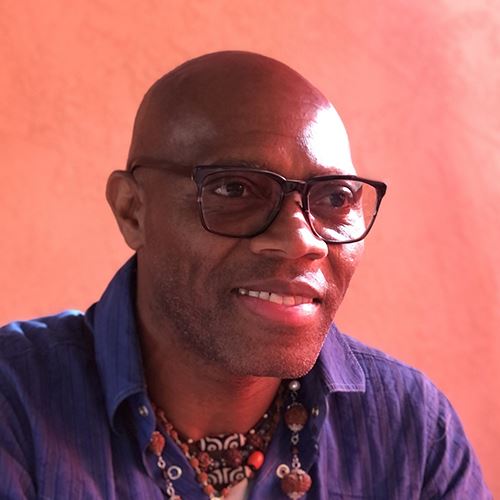 Nigerian guitar master and singer Adesoji "Soji" Odukogbe has the distinction of being a member of Fela Anikulapo Kuti's Egypt 80 band during the 1980's. As Fela Kuti's lead guitarist, Soji draws on an extensive background in Nigerian Afrobeat, highlife, and spiritual music, bringing a unique sensibility to his West African guitar interpretations. Since settling down in the SF Bay Area, Soji has been active in the African music scene, and is a founding member of The Afrobeat Connexion and The Nigerian Brothers, as well as being a supporting musician for various acts such as The West African Highlife Band and Kotoja. He has recorded and played with Femi Kuti, Babatunde Olatunji and Orlando Julius Ekemode, among others.

Soji & The Afrobeat Band is Soji's solo project, featuring a ferocious 10-piece plus band playing pure Afrobeat a la Fela Kuti - including a smoking horn section, intricate vocal harmonies, and a dance inducing rhythm section. Soji and the band sets the dance floors afire with a churning, polyrhythmic style that Soji simply calls, “authentic original Afrobeat like Fela’s type of music, the traditional Afrobeat that nobody does” in a world of endless Afro-fusions. Mixing in his own originals as well as some covers of Fela Kuti's visionary music, Soji & The Afrobeat Band provides a pure Nigerian Dance Party - guaranteed to get your feet and hips moving! https://www.facebook.com/sojiafrobeat 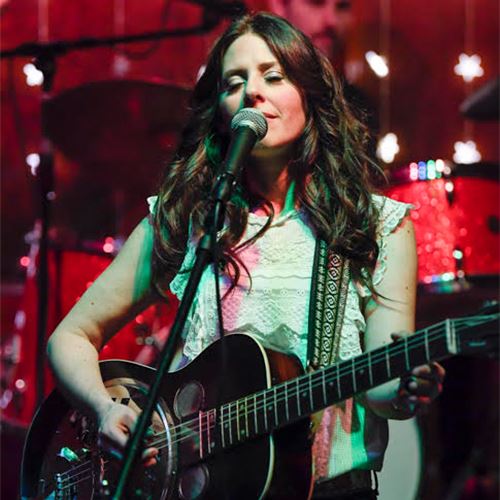 In addition to writing folk/Americana, country, pop and rock songs, Essence has produced a very much loved children's album called “A Dog Named Moo”. Essence recently received national and international spotlights for her work with Bernie and the Believers through NPR’s Tiny Desk Concert series and BBC. The story and music of Essence’s band Bernie and the Believers is being developed into a major Hollywood feature film on which she will be a co-producer. She has toured nationally, opening for Jason Mraz, Shawn Colvin, Tom Petty, Sarah McLachlan, Natalie Merchant, Chrissie Hynde, Steve Miller, Pat Benatar, and Linda Perry. Essence’s soon-to-be released 7th studio album covers a lot of miles. A collection of hard won wisdom captured in songs that could never have been written without real life living.

While in the studio making her new record, Essence formed a strong musical and personal bond with guitarist, producer and songwriter Danny Uzilevsky. Their newly formed duo features twinning vocal harmonies reminiscent of Johnny Cash and June Carter Cash and other great male/female duos, including Gillian Welsh and Dave Rawlings, making this pair a powerful emerging voice on the Americana landscape. http://www.essencemusic.com/ 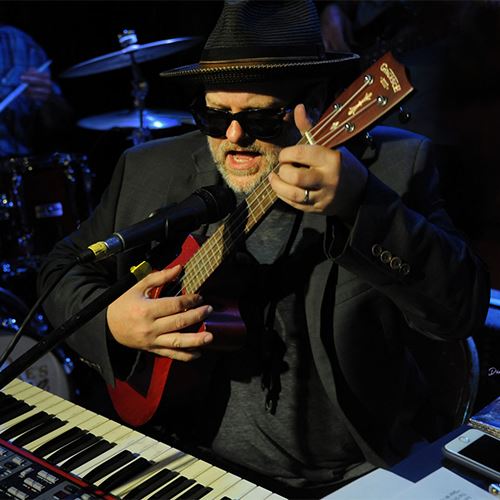 “No one is making this kind of music anymore!”

But what, exactly, is “this kind of music?”

Like hotcakes themselves, it goes by many names. Soul. Swing. Rhythm & Blues. Jazz. Jump. It’s a sound that’s classic and simple, but when it’s done right, it hits the spot, and has you grinning from ear to ear. Spike has spent years searching for this sound.

From the Texas blues joints he cut his teeth in to the funky halls of New Orleans, he was always studying the music, trying to find just the right recipe. It makes perfect sense that he found his bandmates in Sonoma County, a music scene that has fostered many eclectic artists for decades.

What he didn’t know was how hungry audiences were for “this kind of music.” You might say they’ve been eating it up like…Hotcakes! https://awesomehotcakes.com/ 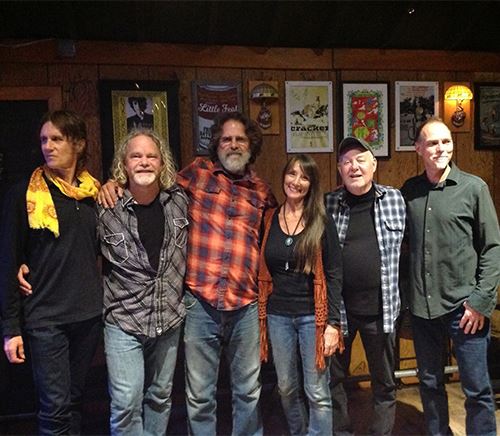 The Familiar Strangers play an Americana grab bag of music from western swing to country, bluegrass, folk, blues, rock and even a little bit of gypsy jazz! This band generates a big response from audiences with their friendly banter and responsiveness to requests from audience members. This is a band with a sense of humor that can easily move between material designed to get you up on your feet dancing or tugging at your heart to buy another beer and lose your sorrows. Their musical palette runs from Bob Wills to Doc Watson to Django Reinhardt and more. The band recently celebrated their first recorded project, Masqurade 2020, which is already garnering critical success. https://www.thefamiliarstrangersmusic.com/ 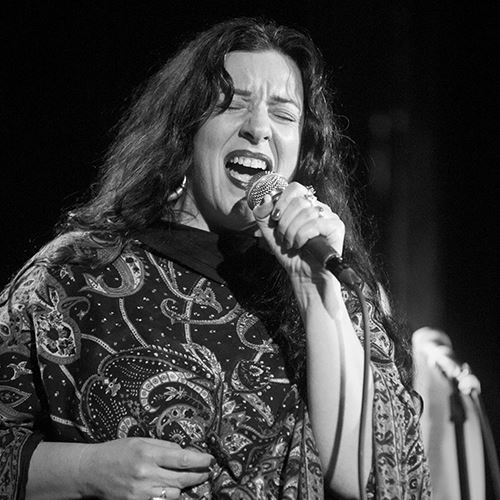 Mari Mack is a powerhouse singer who can belt out the blues or soothe you with one of her soulful original tunes. Her band, LivinLikeKings, delivers the excitement that she has written into her original songs in a set mixed with bluesy and soulful covers from various “Kings”of days gone by.

Her first album, “Can’t Go Back”was produced by Arne Frager at the Plant Studios in Sausalito. Mari and the band are currently writing songs for a new album, slated for release in Fall of 2022.

Since moving to the Bay Area, Mari has appeared in various venues such as, The Mystic Theater (opening for Marcia Ball,) The SeaHorse, Sweetwater Music Hall, George’s, Biscuits & Blues, 142 Throckmorton, Club Fenix, The Saloon, Rancho Nicasio, The River Theater, Marin Art Festival and The Boom Boom Room. Mari Mack & LivinLikeKings opened for Johnny Winter and The Fabulous Thunderbirds at the Sausalito Art Festival.

If you love the rockin’ blues and California soul, you will enjoy the excitement that Mari Mack & LivinLikeKings brings to both classic favorites and original tunes. https://www.facebook.com/marimack 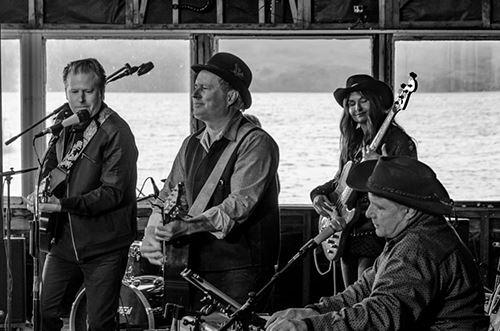 The popular Marin County folk rock group, The Jerry Hannan Band. Described as "shades of Dylan and John Prine ...very Americana with a faint Irish lilt," their songs speak of our everyday lives and the magic that we sometimes miss; often funny, sardonic in a good-natured way, highlighting issues like ecology, friendship, and love. Please join us for a night of storytelling, thought provoking lyrics, and exuberant performances.

A distinguished songwriter and entertainer, Jerry Hannan recorded his own song, "Society" with Pearl Jam’s Eddie Vedder, which is featured in Sean Penn’s film Into the Wild. “I Thought I Was You”, written by Jerry and brother Sean Hannan also plays in Into the Wild.

Raised on jigs and ballads in San Francisco's Irish community, Jerry Hannan grew up listening to the music of his Irish-born parents (The Dubliners, The Clancy Brothers), as well as Cat Stevens. As a youngster he took accordion lessons, switching to guitar in high school and playing in rock 'n roll bands.

Hannan's most recent recording, The Light Gets Brighter, features his latest gems including several songs on the upcoming soundtrack to the documentary film Mad Hannans. https://jerryhannan.com/ 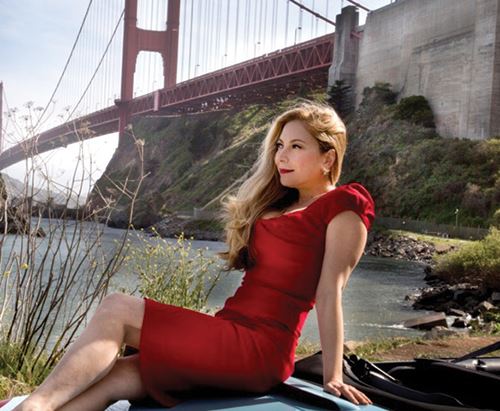 Shana Morrison’s musical style has been called pop with a side of blues and a side of rock, but she has never shied away from including other ingredients, like country, R&B, and jazz into the mix. Her material is ever-changing, but what always remains the same is Shana’s unique and wide-ranging voice. Her dynamic and charismatic talent has earned the attention of national newspapers and magazines as well as airplay on major radio stations.

The daughter of legendary Northern Irish musician Van Morrison, Shana began performing with her group Caledonia in the San Francisco Bay area in 1996, releasing their debut CD on her own label, Belfast Violet Records. Since 2002, Shana has toured internationally, including numerous concert dates with her father. She has shared billing with the likes of Bonnie Raitt, John Lee Hooker, and Dr. John, and has played for a variety of festival audiences, including the San Francisco Blues Festival and the Cork Jazz Festival. Her set list always includes some of Van Morrison's greatest hits. https://www.reverbnation.com/shanamorrison 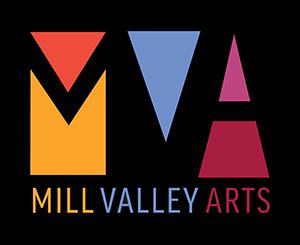 For more information about programs & classes, and how to register, visit our Activity Guide page or call Mill Valley Recreation at (415) 383-1370. 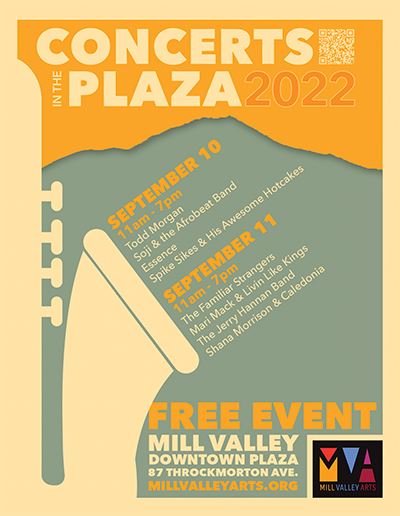